I was born on August 1.  I am very much a fire sign as you have read before.  August 1 happens to be the celebration of the first harvest.  The Lughnasadh festival is said to have been begun by the Celtic Sun God Lugh as a funeral feast and sporting competition in commemoration of his foster-mother, Tailtiu, who died of exhaustion after clearing the plains of Ireland for agriculture. This is the time for the harvest of the spring plantings and the harvest of the apples and grapes.  This is the beginning of the earth going into its winter sleep.  It is hard for many to see August as the beginning of Autumn, but  as Autumn begins, the Celtic Sun God enters his old age, but is not yet dead. 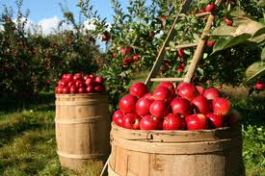 I am very much a child of the harvest.  My birthday has always been a time of reflection for me—especially as I get……**gulp** older. Lughnasadh or Lammas has always been a “sow what you reap” time in my ritual.  Yes, I celebrate the coming of the abundance of what I have put out into the universe.  I think about the kindnesses that I have shown and been shown.  I think about all those great things that we like to envision ourselves as having done.  I also think about the things that could have been done better.  Have I given truth to those who have needed it?  Have I poured into those who were empty.  What types of seeds did I sow in my spring?

When I was in the pastorate of mainline churches, I was allowed to spend time with people in their final moments.  I watched as many began to spew forth the regrets that they had and hoped for some absolution before crossing over.  I also watched as some looked peacefully out into the universe and blissfully drifted into another area of existence.  I have always vowed that my life would have as few regrets as I could manage and that peace would be my escort into the summerlands…..therefore I use my birthday and Lammas to look back over the past year and then move forward toward the death of regrets.

I look back at the springtime of the year and wonder to myself.  Have I planted seeds of joy, friendship, encouragement, healing?  What is it that I desire to harvest with the celebration of the first fruits?  I spent time slowly walking through the courtyard today looking at each plant deeply.  The wheel seems to be turning earlier than usual this year.  The plants began showing themselves in February instead of March or April.  The Magick I have poured into this courtyard this year……I have celebrated with friends….mourned the loss of loved ones….cried for healing for myself and others. The plants, the walls, the ground have all heard my deepest longings and happinesses and pains.  The fae who work that area know me intimately. The Sun God and the Moon Goddess know me by name.  I hear them whisper it often in the warm Summer breeze.

I know that soon the warm sweat that pours from my forehead as I work with the plants will soon be replaced by the clouds of chilled air that come from my mouth. As the Sun God and Moon Goddess prepare themselves for death, the remains of the legacy they leave behind are strongly evident.  It is that legacy that gives us hope for spring.  What legacy do I leave behind on a daily basis?  I look at myself in the mirror.  I am far from death, but then again we aren’t guarranteed anything.  What do I want to be remembered for?  I want to be known as a lover of people and animals.  I want to be known as a healer of spirits, hearts and minds.  I want to be a helper….a friend.

I sit patiently in the courtyard watching for those seeds to sprout.  I feel the anticipation of the harvest.  Yes, I am impulsive.  Yes, I can be brash.  There is an old saying in the south, “I may not be where I want to be, but thank heavens, I ain’t where I once was.”  Each line on my face, each age spot on my hand represents a seed just waiting for the hope of sprouting and being harvested and used for its perfect purpose.  I stand ready.