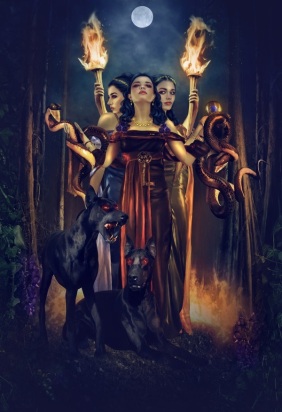 This week has been hectic.  Not a bad week, just hectic.  It seems as though I “ran around like a chicken with my head cut off”….as some of my older kinfolk might have said.  Part of the issues I have faced this week were at work….seemed like everytime I turned around, there  were little fires that needed to be put out.  Another part of the issues surrounding me this week had to do with a friends pet.

My friends dog of 14 years suddenly became ill.  His kidney levels in his bloodwork had gone through the roof. Having worked with animals for well over 10 years,  I realized when my friend told me this that it was not good.  The poor dog was throwing up, wouldn’t eat and was very lethargic.  I knew for a fact that my friend would not put this poor animal down, so I concentrated all my energy into making him feel as good as he could.  The vet suggested giving fluids every day, so I made arrangements to come by every evening to give fluids and help entice him to eat.

By the third day, I could feel my empathic abilities kicking in tremendously. It had not crossed my mind that they would work stronger with animals than with humans….but my bond with animals has always been quite a bit stronger.  I have a deeper connection with animal spirits and energies than I ever have with humans.  I know that sounds odd, but the animals were my friends and teachers growing up….not so much men and women.  I knew that I could trust the animals with every secret and every hurt.

In the process of working with this dog, my body was growing tired and weak and I didn’t have much energy or appetite.  I had been spending excessive amounts of time outside lounging under the moon to try to replenish any energy I could get.  I found myself under the moon every night.  I conferred with a friend and she suggested that I go to the crossroads and talk to the Witch Queen Hekate.  I had already been mulling this over in my own brain…but of course, I needed the push.

Good luck finding a crossroad in a condo complex…..especially without scaring the neighbors half to death.  I already have one that refers to me as a Brujo and runs every time I come out (I am not entirely sad about that)….he happened to be skulking outside my courtyard during one of my rituals and got a glimpse of me with wand in hand and my cloak on and cauldron blazing.  I headed out as close to the woods as I could and happened across and area where some type of animal had made trails….looked like it could have been deer, but it could have also been some of the other wildlife scampering about.  I looked for an area where the trails crossed over each other and found it just inside the woods.  That was a magickal happening…..kept me hidden enough not to scare anyone….and what better than animal trails to be used as a crossroad in magick for another animal.

I unpacked my backpack.  I brought out my cauldron and candles and had my wand at the ready.  I brought out the offerings to Hekate.  I had a muffin and a small amount of wine.  I also brought offerings to Hekate’s hounds as I was sure that they would play a vital part in this magick.  I brought out the dog treats and laid them on the ground beside the muffin.  I started the ritual by inviting in the directions and elements and then I called on Hekate.  As I called her name, I could sense the stirring of the elements around me.  I could smell the wildness of the woods…I could feel her presence.

I explained the situation with my friends dog.  I could feel her walking around me listening patiently as I went through the details.  I remember finishing by saying that I understood that it was not my decision as to how long this dog was going to live, but that I did not want to see him suffer.  I received a distinct whisper in my ear, “The time is near….it won’t be long.  Guard yourself…you must be strong.”  I whispered my thank you into the breeze around me and prepared the offering.  I poured the wine into the ground and put the muffin and dog treats in the center of the circle.  I thanked the directions and elements and opened the circle.  I found a nearby tree and settled underneath for a quick nap.  I woke up to find black and white cat curled up on me.  I scratched his chin and told him I needed to get home.  I loaded my backpack and headed out toward my own unit.  I guess I forgot to pack my cloak away….the neighbor that calls me Brujo stood ten feet from me.  He didn’t stand there long.  Again, I here the word spring from his lips and he was off like a shot.  I just make sure I keep my protection spells armed up and the protective plants all around the condo.

I went back to my friend and told him that it would not be long before his beloved pet would bound into the Summerlands….he replied that he knew.  The only request I made is that he would not let the animal suffer.  He promised me.  Right now, the dog is holding steady…but we both know that it won’t be much longer.  We have to be as faithful to him as he has been to his owner over the years.

Hekate represents the three faces of life…youth, motherhood, and the years of wisdom and age.  She shows us daily each of these representations.  Wherever we are in those stages….she meets us.  Even walking us to the gateway of the Summerlands.  Most of us fear her for this reason.  We see her as representing finality….but she also represents beginnings….from each part of life to the next.  There is a reason you find her at the crossroads….each road takes a new and different path.  It is up to us to take the steps and help others find the right path for themselves.

2 thoughts on “An Offering for Hekate”