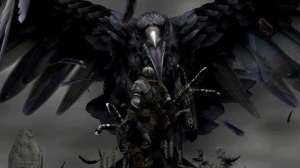 Ever have one of those weeks that seems to beat you like that old rug hanging over the clothesline?  Not that everything happening to you is bad….it’s just that most of everything that throws itself your way is overwhelming.  That is what this week seemed to be…..and I feel just dead tired this weekend.

The first part of the week started innocently enough…with phonecalls from home.  First, the call from Ma….telling me all the things she has dealt with this week from my nieces and my brother’s wife.  Then I get phonecalls from my brother’s wife and nieces explaining to me that my mother is being unreasonable…..there is a reason I live six hours away.

The middle part of the week came with head-butting confrontation with my partner and my roommate.  My partner was in one of those moods that would argue with everything I said.  If I said the sky was blue, he would counter it with the argument that it was more purple-ish.  If I said the grass looked greener, he would say that it looked a little more brown.  The roommate was in one of his OCD modes with regards to all the television electronics…..he insisted we could get better results if I were to call our cable service and blah blah blah.  I told them both that I would put a Ziplock bag over their heads while they slept if they didn’t shut up.

The latter part of the week was haunted by all the idiocy that the people at work could conjure.  We are short-handed….but we are supposed to cut hours?!?  We are doing better financially but we are supposed to keep payroll down?!?  We all stand there dumbfounded as more work is heaped upon us.  My blood pressure ran rampant this week.

I could feel myself drawing into myself on Wednesday.  It is in those times of turmoil that I often retreat into that one squishy confused tower that I have….myself.  It is also in those times of turmoil that I start to see more crows.  I should have guessed what the week might be like when I pulled into the parking lot at work after lunch on Monday to find a murder of crows….funny that name.  One would automatically think ‘flock,’ but instead it’s a ‘murder.’  How appropriate. 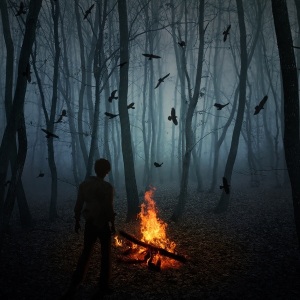 The crows around here can sense when I need magick…when I need my battery jumped.  I saw them everywhere throughout the week.  Mama crow sat at the top of her telephone pole all week long surveying what was going on.  I got home yesterday and all you could hear throughout the condo complex was one crow call after another.  At one point, it seemed so loud that it seemed to drown out all other noises.

I am many things, but foolish is not one of them.  I know when someone is beckoning to me.  I recognized all of the signs that Morrigan was calling my name….the only thing that could have emphasized it more would have been a crow flying into the middle of my forehead.  It was also this week that I found the remains of a dead crow not far from my condo.  I was able to harvest the skull and seven of the wing feathers…I looked toward the skies and thanked Morrigan for the gift.

When I pulled into the parking lot on Friday to the symphony of crow calls, I was pretty well whooped, but here it was the Summer Solstice.  I needed to prepare myself and have my ritual time.  Unfortunately, one thing after another kept rising up.  Before I knew it, everyone in the house was in bed….but me.  I used this opportunity to load my backpack full of candles and matches and feathers and skulls and crystals and anything else I may need for this time that awaited me.

I snuck out the door as quietly as I could.  I hurried down the sidewalks to the point where one ended at the edge of the woods.  It was if I had stepped into a different universe.  I could feel waves of energy coursing through me.  I settled down onto the floor of the woods, set my candles and crystals around me, invited the directions, the elements…..then I closed my eyes and called to the Morrigan. 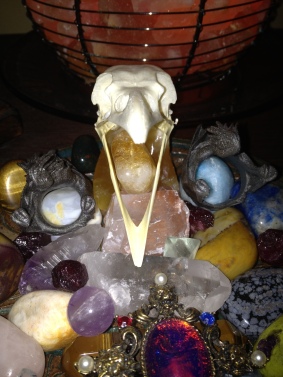 Now, I know that we all have ways of seeing deity.  I am fine with that and I won’t blast you for your perceptions if you will offer me that same courtesy.  As I called to her….the smell of the incense I had burning grew stronger….it is a blend I made to bring to mind the forest and the feel of wildness.   I could sense the Morrigan approaching….my heart started to race…not out of fear, but in anticipation.  As I began to spew out all that I had dealt with for the week, I could sense something different in the air.  It felt a bit like when my mother was getting a bit perturbed at me and would stand with her arms folded, tapping her foot.  It was in this moment that I looked toward the heavens and called out, “What would you have me do?”

I sat and listened intently.  I could hear the answers rumbling forth. “Where is all that fire power?  Where is the fight that is inside of you?  Where is that lion’s heart that was born into you on Lughnasadh?  Where is that heart of a wolf?  Instead you sit here whimpering like a pup.”  At this point, I swear I heard my grandma’s voice, “Get some fight about you, boy!  Don’t just roll over and play possum!”   I could feel a smack upside my head and I could feel it hard.  I realized that all week, I had essentially just been ‘bending over and taking it’ and it wasn’t fun at all.  It was time to let the warrior show…..to let the wolf and lion growl for a bit.  I took out my pen and paper and wrote down the things I knew I needed to do in the coming weeks.  It was time to let that heart of a warrior shine through.  Why was I allowing stupid stuff to get to me?  I had allowed circumstances and situations to take away my power.  IT WILL NOT HAPPEN!!  It was time to show a little backbone, as my grandma would say.

I finished up my ritual time and settled against a tree with my canteen of wine.  I dug my toes into the earth around me….that’s the best way in the world, in my opinion, to ground yourself.  After a time of relaxation under the moon, I packed everything up and walked quietly back to the condo.  I crept in the door, changed clothes, and crawled into bed without anyone waking up.

This morning started as most others….Friz and I taking our Saturday walk.  We walked to the pond….spent some time down there.  The whole time I could hear the voice of one crow in the background.  I knew it was Mama Crow.  I chuckled to myself, thinking of all the crow activity in my life this week.  Friz and I got closer to the condo and right in front of it, on the outside of the serpentine wall, I see Mama Crow on the ground.  She is eating what is left of something dead…I didn’t really feel like investigating.  She looked up at me….did not blink once.  Friz was amazed…he has never stood that still.  In that moment, I could feel her energy…that of a survivor…that of a fighter.  I thanked her.  She went right back to eating and Friz and I went inside.  My mind was racing.  Nothing like being hand-fed the power of the crow so early in the morning. 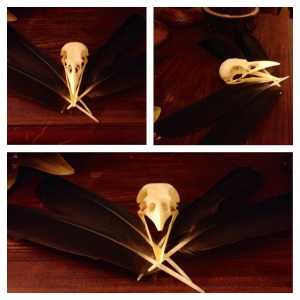 6 thoughts on “When the Morrigan Calls”