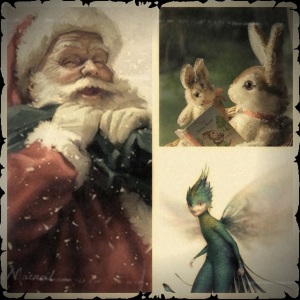 This week, I was disillusioned a bit.  I guess I put the type of expectations on everyone else that I have for myself.  Sure, it disappoints me when others don’t seem to live up to those expectations, but you learn to live with it for the most part.

It has been a while since I have been through the scouting and interviewing process of job-hunting.  I had done everything that I was required to do.  I submitted my resume, got the reply that a phone interview was required, replied with my schedule and availability, and I waited.  I waited while my roommate got a reply to his reply….I waited and watched my roommate sit and wait by the phone at the scheduled time for the interview…I waited while my roommate went on to the gym because an hour and a half past the interview time, no one had called.

My roommate came to me Friday night.  “What’s wrong.” “Nothing.”  “Yes there is.  Are you feeling depressed?”  “No…..well…a little.  How can someone tell you that they are going to do something and then not do it?  So much magick was poured into this.”  “Are you doubting the power of magick?”  “No not at all.  I have no doubt that magick is real….I don’t know what I am questioning.”

My brain was racing…soaring….all over the place.  I went to bed Friday night and dreamed about my childhood.  Dreams and memories overtook every moment of sleep.  I remembered the moment when I found out that the Tooth Fairy wasn’t real.  That didn’t seem so much of a loss, but next came the demise of the Easter Bunny.  This revelation shook me a little more, considering that Easter is one of my favorite times of the year.  But when I was forced to take a good hard look at Santa…..lying comatose in the remnants of fantasy and glitter….it shook me to the core.  It shook me so much that I forced myself to ‘believe’ for two years longer for the ‘sake of my younger brother.’

Those next two years were horrible for me.  The very foundation of my belief system was shaken.  Doubt replaced certainty.  If none of the magickal beings I had come to trust were real….then was magick, in itself, real?  I spent hours talking to my grandma about all of this.  I asked her how she was still able to hold fast to the legends and stories she was told as a young girl on the reservation.  I asked her how she was able to hold onto the belief in the power of all those spirits that were supposedly around us…especially when she couldn’t see them.  I still hold fast to the words that she spoke to me.  “Just because you can’t see the wind when it’s blowing through those trees…doesn’t make it any less real.  Just because you smell the rain before it gets there…doesn’t mean it isn’t coming.  Just because you can’t hear that tree talking….doesn’t mean it’s not talking.  Sometimes you have to dig deeper inside of you than you ever needed to dig before….just so you can see with your eyes closed.  All your life, people are going to tell you that you can’t do the things you know that you can.  It is your choice as far as what you believe.”

When I woke up this morning, I could feel my dreams still swirling inside my head.  I could hear my grandma’s voice echoing in my ears.  It was almost like having a dream hangover.  As I walked outside with Friz with the New Moon barely showing herself.  I wondered why I believed now as strong as I believe.  I realized that through this job-hunting episode, it wasn’t my belief in magick that was shaken….I think I have just grown even more weary of trying to excuse the bad personality flaws of others.  In any case, my feelings should have never gotten hurt over the fact that I was ‘overlooked.’

Friz and I set out with a mission this morning.  The woods were calling and we had a wand to pour energy into.  I also have a Facebook friend who is dealing with seizures and other medical issues who needs my energy more than that job.

We got into the woods and settled in under a tree.  We saw our little calico friend just a few feet from us.  I called on the spirit of Wolf and Crow.  I have never doubted that they would be there when I called.  My grandma always told me that whenever I needed my helpers, that they would be there.  I laid the wand between the two skulls and blew sage smoke over it.  I called to the Lord and Lady in behalf of the person the wand would be going to and in behalf of the friend battling illness.  It was at that moment that the wind came.  This wind was a familiar one.  My grandma was in this wind.  I smelled gardenia.  Her perfume always carried that heady essence of gardenia.  It pulsed around me, Friz and Beatrice.  Friz recognized this wind too.  He sat as if being told to do so….he licked at the air.  You see, my grandma was the first person he met after meeting me……we went straight to her house after picking him up.  She held him in the crook of her arm the whole time he was there.  She entertained  the kitten with scurrying leaves….my grandma never completely understood a cat.

It shouldn’t have shocked me that she would come to me in the wind.  She loved nothing more than the balmy breezes of summer and the crisp winds of Fall.  I asked her to bless the wand and to pour energy into it.  I talked to her about my friend.  It was as if I could hear her voice in each rustle of the leaves and could feel her quiet but mischievous strength.  I could hear her telling me….”Now remember, belief is all fine and good….you finally got that up under your belt.  Now it’s time to give those beliefs and dreams hands and feet.”  I could feel the kiss of the wind against my forehead as our time came to an end.  No sadness….just the feeling of hope that she always seemed able to leave me with.

Things are going to happen….I, as well as others, am going to screw things up.  Things aren’t always going to go the way I want them.  Dreams change and beliefs shift….but I intend to do the one thing she always told me to do…..”Dream it….Believe it anyway.  Who is gonna stop you?”

1 thought on “Dream It Anyway”