This week I have wanted time outside more than any other.  I know that most folk, when the weather starts to chill and the wind picks up, want to cuddle up inside with a blanket and hot cocoa.  It is with that briskness and bite in the air that I want to wander….I hunger for exploration and romping.  It is like that primal animal part of me kicks in and has to get outside.

I have done so much people watching in the past few days.  I have noticed that many people are afraid of themselves.  We have learned to hide behind facades in our lives.  I have watched many, this week, smile sweetly and feign pleasantries when it was so very evident that they wanted to scream and cry and run.  It has become second nature anymore for humankind to pretend that life isn’t there and that we don’t have to deal with anything…..after all, no one wants to hear it, right?

It seems, this week, that so many people have crossed my path….men particularly, who have become adept at blending into the background or becoming invisible.  I have met fellows who have taken a part of themselves….the part that doesn’t seem to fit with what society expects of them and bury them.  I mean, bury them deep….so deep that you might need a jackhammer and dynamite to unearth those pieces of themselves.

These men, I have found, have powerful magick.  Most of the time, as they grow in their abilities, they encounter some part of themselves that society has deemed inappropriate.   I know that in my own life, it was that very essence of my spirit that I have come to know as “Wolf.”  In many Native American traditions, wolf appears to you only when you have requested the tribe’s greatest teacher.  Wolf teaches you who you are and teaches you to develop strength and confidence so that you don’t have to constantly prove yourself.  Wolf brings forth the teacher in us and guards us fiercely. 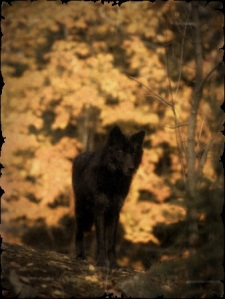 In my own life, fear of punishment for those things which “weren’t right or permissible” was what brought wolf energy into my life.  I was always told that it was wrong to be the way I am….you can use any scenario you want there….for being gay, for having certain ‘special’ abilities(talking to animals), or for just being ‘artsy,’ as my uncle called it.  When Wolf stepped in, he stepped in strongly and confidently and has been teaching me ever since how to live by my own inner guidance and not get stuck in the safety of a well-worn path.  Wolf teaches you to listen and communicate with the other animals through body language or that long soulful howl.

In my encounters with men from many different walks of life this week, Wolf has again stepped in strongly and confidently.  In my mind and with the help of a friend and ally,  I have formulated a name for these men….”The Lost Boys.”  With each of these men, spirit has been calling and calling hard.  They have been listening….and with each instance, they are being called to a truer existence.  Some have been called to abandon pre-existing ways of thinking about themselves and spirit.  Some have been called to leave hurt and distrustfulness behind.  Others have been called to abandon the cage of what society thinks and run toward the primal part of themselves that pulls its head back, opens its mouth and releases that roar that has been building inside their own spirit for years.

I have learned, over the years, that when it comes to releasing our inhibitions and opening our spirits to be guided….we can be our own worst enemies.  We go…..but we go kicking and screaming.  We walk the familiar paths with weapon in hand, ready to attack anything that doesn’t look familiar.  We forget that it is in leaving the familiar path that brings adventure.  I remember a quote by Rita Mae Brown. “Insanity: Doing the same thing over and over again and expecting different results.”   That is what makes us the lost boys.  Men….even gay men, are notorious for not asking for directions.

In magick, we are given guides…whether it be ancestors, animals, angels or gods and goddesses.  Too much, we like to go it alone.  For some reason, we have come to think that makes us tougher, stronger, more powerful.  It is one thing to be solitary….it is completely different to become isolated.  Wolf travels in packs, but may not always stay with the pack.  Wolf likes loyalty, but also thrives on freedom.  Wolf does not follow a prescribed trail.  He weaves in and out of trees, moving on and off paths and trails and across long stretches of land.

It is in this season….the season when darkness begins, that if I listen closely, I can hear that strong heartbeat of the Earth Mother.  Some may hear it as drumming….music.  That heartbeat is calling to that part of my spirit that hears it strongly and clearly.  There is that primal part of me that connects with every part of the Earth Mother and the fur people and the feathered people and the finned people.  It is like the energy of the buck seeking out that female….that musky strong rutting energy that courses through each of us….that part of us that seeks out nourishment to store up until spring.  My spirit hungers for so much more than the mundane that I encounter each morning……I release myself….I let my spirit run.  I open myself to the teachings of the guides I was given.

You see, I never really was lost.  I was forging a new trail.  My nose was to the wind the whole time…I just never saw what was happening inside of me.  Now I know…..it was all about the magick.  I opened myself up to what my spirit hungered for….what I starved for, and there it stood…right in front of me.  I only had to reach out and take it. 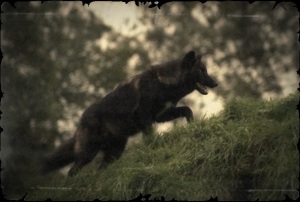 1 thought on “The Lost Boys”