What is it that I am afraid of?  Life.  Life scares the living shit out of me.  Now, I am not talking about that life that I live everyday surrounded by elements and spirits and nature and things of that sort.  I am talking about those monsters that wait around every corner and under beds and in closets….the circumstances that come against us and knock us on our asses.  I am talking about those things that lurk in the shadows around us just waiting to devour us.  They frazzle our nerves.  They chew our self esteem to shreds…..they mysteriously empty our wallets and purses. 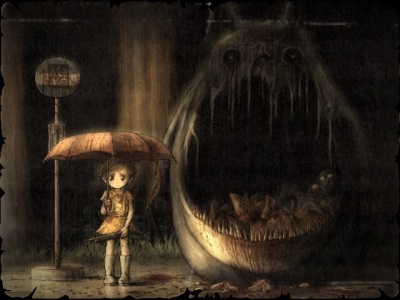 It seems that all through November, December and now, January, that I have had to live my life with my sword wielded.  In November, our roommate lost his job…something that is pretty much dealt with as you deal with it.  But in his job searches, he has been given the run-around, been made false promises.  I don’t see the professionalism that once was striven for by companies.  December was a time of learning to live simply….limited finances….pinching a penny so hard it would bleed.  And now, here is January.  This past Thursday, I was in a car accident.  It was raining and I had to slam on brakes behind another car…only to skid right into his back end.  Of course, along with a banged up car, it comes with a ticket priced in the hundreds.

Sometimes, I understand those people who sit huddled up in corners rocking back and forth. I have wanted many times, over the course of the months… just wanted to sit in the corner here with my thumb in my mouth rocking…..constantly rocking.  Instead, I must keep my sword wielded.  I must constantly remember that monsters were meant to be defeated.

Monsters sneak up on you.  They come at you when you least expect it.  They use the unknown to bring about fear.  Most monsters are just hair, teeth and noise.  It is important for us to remember these things….but most importantly, Monsters have their own weakness.  I always remember the part of “Rudolph the Red-nosed Reindeer” where Yukon Cornelius tickles the ‘Bumble’ until he falls off of the cliff….then Hermie pulls all of his teeth.  I try to remember that there is a weak place in all Monsters. 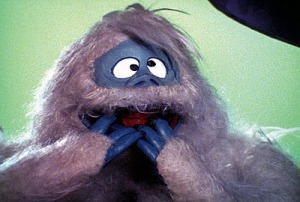 I had a meltdown today.  It came on quickly and with ferociousness.  It reminded me of watching someone turn from human to werewolf.  Everything had overwhelmed me to the point that I had to have a release.  Screaming was that release.  After I screeched a while, I walked out into the courtyard and had a talk with Mama Crow.  “I have no control over anything!  Nothing is going the way it should!”  After I voiced it, the Monster didn’t seem so ferocious.  I could see Mama Crow in the distance turning her head from side to side.  “It is called survival.  In the days of the ancients, the dangers were bear and wolf and those who were out to kill.  Now the dangers have become car payments and insurance and power bills….the need for money. No, it is not something that will devour you, but it has become that monster that hangs over your shoulder every day….threatening every fiber.  You must always arm yourself against the fears that it brings.” 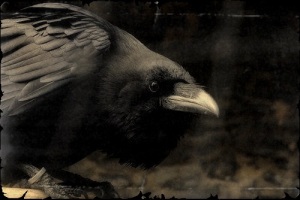 My roommate, tonight, suggested that, to calm myself, I needed to go do some magick.  I settled in front of my altar…I poured my needs out over that altar like melted fat.  I called on the power of the god and goddess.  I called on my spirit helpers…I called on my ancestors.  My needs were simple…my backbone needed a little extra strengthening…along with my heart.  I need to see more moving forward…not so many backward steps.  I need more cunning….more wise.  I want to respond….not react.  I need more faith and a lot less fear to take root inside of me.

I intend to have all of those things.

Whatever happens, happens.  I intend to do as Mama Crow does when she flies.  She adjusts her wings to the way the wind moves.  She doesn’t expect the wind to move for her.  She flies with it….not against it.  And I have watched that old bird fight for what she has with everything she’s got.

I can’t allow the Monsters to scare me anymore.  Their teeth have all been pulled….I wear their claws as a necklace.

I have never been lost in the woods….I’ve not known where I am sometimes, but I have always been shown the way. 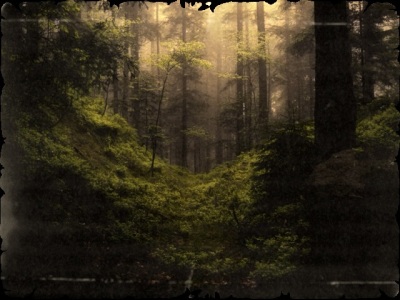 2 thoughts on “Battling the Monsters”